Last week I gave an overview of what GFCI outlets are for.  The long and short of it is that GFCIs are life safety devices; they prevent lethal shocks.  This week I’ll talk about the different types of GFCI devices, how to test them, and what drives me crazy with them on home inspections.

The two most common types of GFCI devices are circuit breakers and outlets.  A GFCI circuit breaker gets installed at the electric panel, and protects the entire circuit.  This is a handy way to make sure everything on the circuit gets protected, and there is no need for individual GFCI outlets anywhere in the circuit.  The other type, which everyone has already seen, is an outlet.  The most common type of outlet is called a duplex receptacle, which is shown below left. 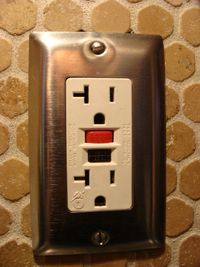 One GFCI outlet can protect several other non-GFCI outlets when wired properly.  Every GFCI outlet has screws behind the outlet labeled “line” and “load”.  The current coming into the outlet must always be connected to the “line” side of the outlet.  If more outlets are going to be protected by the GFCI, they can be wired to the “load” side of the outlet.   Many houses built during the 80’s will have the exterior outlets, garage outlets, and basement bathroom outlets wired downstream from a GFCI outlet in the upper level bathroom.  Today it’s common for a GFCI outlet at the kitchen countertop to protect several other outlets. 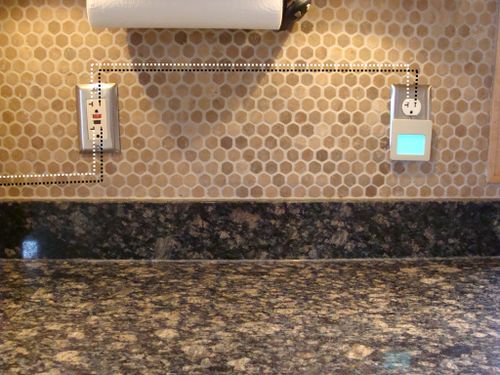 A redundant way to wire  GFCI outlets is to wire one GFCI downstream from a second GFCI outlet.  This is wasteful, pointless, annoying, and it makes things difficult for the home inspector and anyone else that might trip the outlet using a GFCI tester, especially if the first GFCI outlet is hidden.  And I don’t like it. 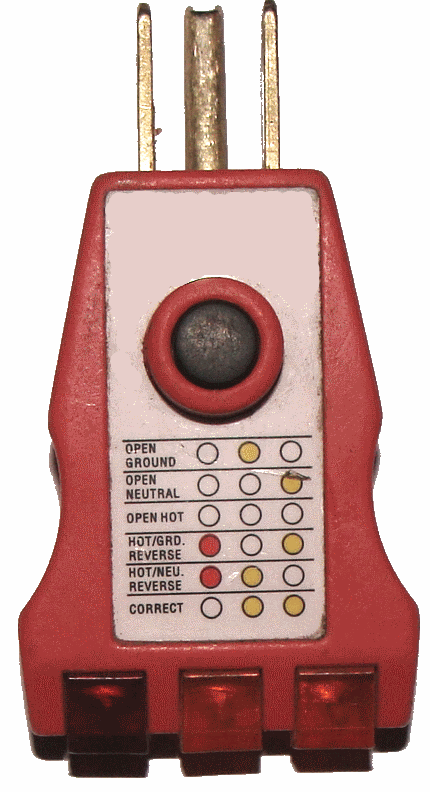 Why do GFCI outlets go bad? I honestly don’t know, and if anyone reading this blog can tell me, I’d be interested in hearing about it.  From my own experience, I’ve found that after a GFCI outlet has had a lot of power running through it, it will often fail.  For example, any time I’m working on a remodeling project and I’m running a bunch of power tools through a GFCI, it goes bad within about a month.  I’ve heard of home builders wanting to put all of their GFCI outlets on the inside of the house because there’s this idea that cold Minnesota weather makes GFCI outlets go bad, but I haven’t experienced that myself, and a study on GFCI outlets has shown that temperature doesn’t have any effect.